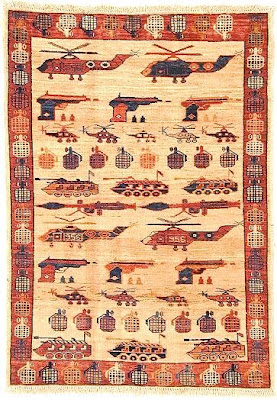 Afghanistan is history in reverse. As a country its culture seems to have been obliterated by war and religion. Fundamentalist Islam places little or no value on events before Year zero, when Mohammed was born. The 6th C Buddhas of Bamiyan were blown to bits in 2001 and the contents of the Kabul Museum smashed and stolen. Sites have been looted and little money, care or scholarship has been possible.

It’s fate was to be a crossroads country, always in the way of someone else’s path to glory. Alexander the Great was the first to sweep through and much is made of the Greek city of Ai Khanun, but what has been excavated here shows a minor Greek outpost a year’s march from Greece. It had its theatre, statues, gymnasium, temples and stoas. They spoke Greek, worshipped Greek Gods, and built Greek architecture. Vines were plentiful and appear as motifs on everyday objects. The other influence was India from the South, with its ivories, lascivious, melon-breasted women carved on chairs, playing music, dancing. All a far cry in time and culture from the Taliban or Islamic norms of today.

But isolation meant obliteration. The indigenous culture was nomadic, and the women buried in tombs festooned with gold showed vestiges of Greek and Indian culture, but little in the way of real art, beyond beaten gold.

This is an idiosyncratic little exhibition that picks on a few bits and pieces from Afghanistan’s long history, but isn’t wide enough to say much, other than the usual Silk Road references and outside influences. Indirectly, however, it shows a history that may have regressed rather than progressed, with regression/progression still in the balance today. The most telling object was a book in the now compulsory ‘enter through the gift shop’ experience. It was a volume called ‘War Rugs’ and showed carpets with helicopter, jets, drones, AK47s etc. in beautiful motifs, woven by hand in those rich colours you only find on oriental carpets. Now that would have made a great and more relevant show.