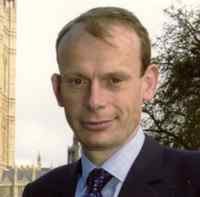 Books and DEBATE?
I’m not convinced that the ‘Books and debate’ title is right. I’d rather have more debate and less reading from text, sycophantic interviewers (Brown) and stage-managed publishers sales pitches (Moir). The two best I’ve seen Nick Kent and Andrew Marr avoided the obvious ‘sales’ stuff.
My sons complained that they had paid to see one of their favourite authors yesterday only to sit through a woman reading from his book, rather than the author (Philip Reeves) himself. This does seem like a cheek. However, I don’t really see the point in even the author reading the printed text.

Dispense with sycophantic interviewers
Thankfully, Andrew Marr, as a professional communicator agrees. He had no interviewer and simply stood and talked for a while, told some relevant stories, and gave us a feel for him as a person, not a robot reading dumbly from a book. You can see why Marr is such a good television journalist. He throws out words and sentences like a fast bowler. He also devoted the majority of his time to questions from the audience. Well done Andrew.

Not as good as Nick Kent, whose focus and insights were like scalpel cuts. But Marr didn’t disappoint. His urbane style endeared him to the audience (mostly over 40 – seems young people really have abandoned any interest in politics).

His tales of post-war squatters in London and the homosexual trials in the 50s made the point that British History is full of insurrection, and that the British Public are not as timid as one would imagine.

Drunk George Brown
He told a lovely story of a drunk George brown at an Ambassador’s do in Lima, Peru, where he was drunk, then stumbled across the floor to ask someone to dance, ‘as it was a lovely waltz’. ‘I won’t dance with you for three reasons’ came the reply. ‘First, this is not a waltz, it is our National Anthem, Two, you are disgustingly drunk and three, I am the Cardinal Archbishop for Lima’.

Defeat of Politics by shopping
This was his core theme, that consumerism had overwhelmed the British Public. He felt that this was unsustainable.

Biggest social change in post-war Britain?
Immigration. We were, genetically, like our forefathers in the Middle Ages. As the world’s most porous nation, we are now truly a multiracial society. This, in his opinion, has been the most profound change.

FOI
It’s a disgrace, he thinks, that MPs have crudely opted out of the FOI Act.

Dark Calvinist Influences
I asked whether he thought that Scotland’s greatest export had been Calvinism, through Reith in the BBC and now Gordon Brown, the uber-Calvinist? He thought Calvinism was both a good and bad thing. If it’s used to pontificate and endlessly moralise, then it won’t stick. On the other hand, he thought tat it made people more morally aware in a wider sense i.e. internationally. I met him afterwards and asked if he saw himself as a Calvinist. He said he preferred the phrase ‘secular Presbyterian’!

He had some advice for Gordon brown. Stop grinning every twenty seconds. Be yourself, which is a rather grumpy, intolerant person who means well and just wants to get on and run the country.

Hi
I like this man, Andrew Marr from what I have read and I believe this is a multiracial world. I saw the Queen stand by President Bush, but I wonder if the Queen's American Cousin might be a few shades of brown, in this day and age, I say this with respect.