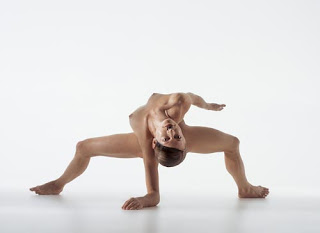 We should all be eternally grateful that Clark escaped the clutches of the traditional ballet companies. He is one of the few British artists who can work contemporary punk with classical. This was the highlight of the Festival for me, so far. I don't much like the word 'crossover' but taht's what this is. It crosses every known dance boundary.

Wired up
The ear-splitting punk sound of Wire was contained by the slow movements of the dancers. The tension between the dionysian music and the controlled dance was just great. But while the sound of PIL created the most depairing soundtrack, for me the highlight was the witty video of Lydon's singing teacher followed by, what I think is the Sex Pistols greatest track, Submission. I LOVED THIS PIECE. 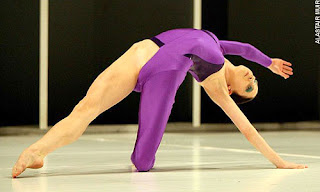 Clark dodged around a bit in his toilet-seat costume and kilt but he's no more than a presence now. The rebel's now revered.