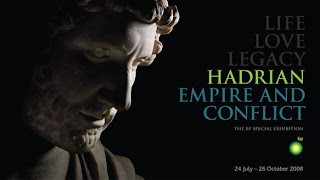 I've always been fascinated by Hadrian and have followed him around the whole empire having gone the entire length of Hardrian's Wall, to his birthplace Italica in Spain, through Dougga in Tunisia, down to the statues of Memnon in Luxor (where they incribed a poem on its leg), to Israel where he crushed the Jewish Revolt, library at Ephesus, arch at Jerash in Jordan, Athens (Hadrian's gate and a Temple, and finally to Rome, with his 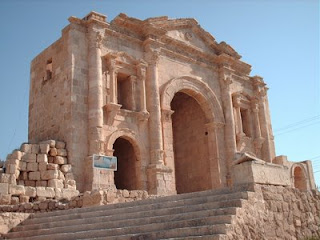 Pantheon and Mausoleum, two buildings that still dominate the modern city. Then his most interesting site, the Villa Adriani at Tivoli outside Rome. This one place, above all, defines Hadrian. The model of his palace shows the enormous scale of the place, a sort of empire in microcosm.

Having consolidated the empire, ruthlessly crushing the Jews, he found real solace in architecture and his lover Antinous. The exhibition does a good 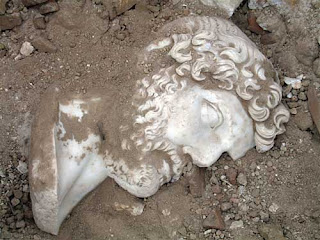 job in covering all the bases with the added flourish of being under a dome inspired by Hadrian's Pantheon Dome.

The Vindolanda tablets from Hadrian's Wall, keys from Jewish rebels found in Judean caves, a fantasatic statue freshly uncovered from Turkey and a parade of statues showing him as soldier, lawmaker and intellectual, show the breath of his influence and character. 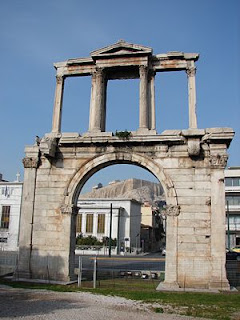 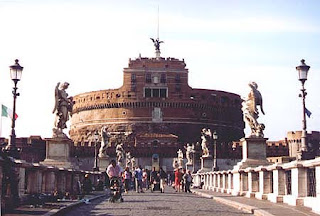