China Now - or a copy of what they think 'now' is 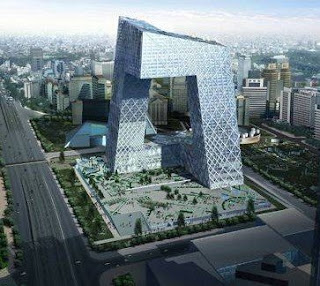 Big question. Is showing signs of innovation in design or is it still copying and imitating the west?

There were signs of promise in this show but nothing startling. If anything the web work was the most interesting ad it is here that could come into its own as internet and mobile use have already overtaken the .

Shenzen
The Chinese typewriter, with its 2000 characters ad system of picking up character blocks and throwing them against the paper was fascinating, but illustrative. Much of the design work here is based on Chinese characters, with dots on paper, ink, photography and so on. I took a calligraphy class in and got an introduction to its cultural depth and difficulty. It plays a far more significant role in culture, as pictorial art, than writing does I the west.

This was the commercial soft centre of the show, but seemed just confused. The Atkins designed is a copied pastiche of . It’s absolute, theme-park rubbish. The clothes, toys and assorted junk showed no real sign of life. The 4 great things to have were: bike, sewing machine, watch and radio - then TV, washing machine fridge and radio cassette. Now its a car, computer, mobile and house.

– future city
Contemporary architecture is exploding in as skyscrapers grow a quickly as bamboo in its many major cities. Some of these are spectacular but many are mundane ad most plain ugly. This section shows has one of the ugliest buildings as its centrepiece – the CCTV building. It is as horrifically imbalanced, skewed and tasteless as the state TV company it will house. The state will control all news and entertainment from this ‘dark star’ hulk.