What a let down
Debate descended into anecdote, cliché and show-boating , as Tanya Byron, Sue Palmer and Carl Honore, tried, but failed, to come across as ‘experts’. No wonder the politicians describe ‘education’ as an ‘expert-free zone’.

The problem became clear within minutes. None of them had the academic background or clout to debate at a reasonable level. My school debating society had more reason and intellect than this lot. Here were three ‘media’ pundits (one TV, the other two populist publishing) promoting a TV series and two rather weak books. The problem with modern ‘parenting’ may be the media itself, pumping out ‘voyeuristic’ TV programmes supposedly showing us how to parent, with ‘naughty steps’ and so called ‘experts’ behind the scenes with hidden cameras. They are the part of the problem, not the solution.

ya Byron - disappointment
I had high hopes for Tanya Byron, as the Byron Report seemed like a balanced response to the general hysteria that surround education and the world of digital abundance. However, she was like a guest on ‘Loose Women’ blabbering away about her kids and how she wasn’t very good at school. I expected more – she was hopeless. 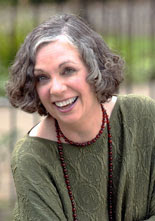 lmer – hysterical fraud
Sue Palmer was a fraud. She claimed to be a born optimist, seeing the glass half full, avoiding the hysteria around ‘parenting’, a word she claimed to hate. All this from someone who has published books called ‘Toxic Childhood’ ad ‘Detoxing Childhood’. Her beef is our ‘screen-based culture’ and ‘marketing’ yet she has a website devoted to the hard sell of her own books, CDs and courses. http://www.suepalmer.co.uk/ Her contribution to the debate was NIL.

Carl Honore
He didn’t say much, other than an overlong anecdote at the start about his experience at a parents’ evening. Honore is a ‘big idea’ author. He latched onto the word ‘slow’ and is now milking it fast before he fades from view. His first book was, I thought, rather good, his second ‘Under Pressure’ is awful and amateurish.

Polly Toynbee
Polly Toynbee tried on several occasions to get back to some serious reasoning, with points about political decision making and the demand for proof, yet she was dutifully ignored on almost every steer, as the panelists reeled out weak jokes and well worn platitudes. The only interesting point in the entire debate was Polly’s evidence from on long paternity leave – they either don’t take it or go Elk hunting!

Audience betrayed itself
The audience gave the game away when the questions came. This was clearly a group of pushy parents whose concerns seemed to centre around whether they should send their kids to private or non-state schools. The questions were shockingly reactionary and naive, all , ME.

Clap as they did whenever some liberal idea was mentioned about abandoning testing or more play, these are the parents who will kill and maim to get their kids into the right school. And by ‘right’ school, I mean the one with the best test results. The actual behaviour and first admission statistics in and show that these middle class parents will do anything to avoid schools with high numbers of working class children, or below average test results. They pay little or no attention to the ‘added-value’ scores. This is the socio-economic group who move house, hire tutors and generally swing the system to suit their own child at the expense of the community as a whole.

Where were all the men?
One guy stood up and asked why there were so few men in the audience (the panel confirmed that these events were attended by 95% women). He clearly knew nothing about football - the FA cup final was on! The truth, I suspect, is that me are less bothered, and less hysterical, about this obsession with ‘parenting skills’. When I mentioned I was attending this event, I got nothing but puzzled looks and raised eyebrows. Discuss!

Giant dinner party
It was like one of those god-awful, dinner parties where the majority start discussing schools, spouting out liberal arguments to mask their deeply conservative instincts. God save our kids from these self-publicists.