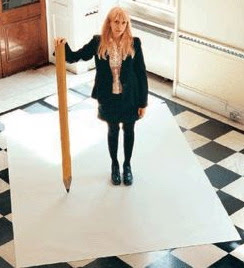 2 minute intro to brain science
is Professor of pharmacology at . We had a quick introduction to brain science through the concept of plasticity, genetics via single gene therapy, the cabbie experiment and the piano experiment.

As a species we are unique in our ability to learn and adapt, primarily because of our brain size, which is capped due to our skulls and the need to come down the birth canal. The brain is a very plastic and dynamic organ subject to constant change, so much so that every human is unique and different from every other human in history. This seemed like a very obvious point but she made much of it . She presented this as if it were sound science but there are many in her field who would see her explanation as leaning far too far towards the ‘blank slate’ end of the spectrum. Her argument is that genes are necessary but not sufficient. This is to load the case too far on one side – in many cases genes are necessary and sufficient. As it is the premise for her entire book, if it is false, she’s in some trouble. The mind is certainly not a blank slate. This is the mistake that many educators make. It is also shaped by genetics.

cabbies have large hippocampuses, as they need bigger working memories. The discovery of the role of the hippocampus in memory is fascinating with work by Kandel (Nobel Prize) and others leading the way. There was then some waffle about us being a ‘metaphorical’ species (she quotes David Lodge on this! – but surely Lakoff and Black are the serious players). Lodge’s ‘rise of the novel’ idea seemed very weak. More interesting was the ‘piano practice’ research by Pasceuel et al (1995), where those that simply rehearsed piano practice in their mind only showed the same brain activity as those who did the real thing. This seems to suggest that mental rehearsal, as opposed to real-life experience is just as effective in learning - the opposite of her later arguments.

Her argument
This is where things move away from science into the realm of speculation. Her idea is that technology, in particular ‘screen-based culture’ MAY be CHANGING young brains. She was quick to add that she didn’t want to be judgemental on this, as the jury is out. So far so good. Then good scientific scepticism went right out of the window as she and the Baby Boomer audience proceeded to be very judgemental. It quickly shifted from MAY to 'DOES' and CHANGING to 'DAMAGING'. I had heard this argument at The Parenting Debate from a bunch of amateurs. I didn’t expect the same line from a serious scientist.

She quoted Michael Johnson’s (sic), actually Steven Johnson’s book Everything Bad is Good for Us, showing that IQ is actually rising, then proceeded to attack screen based experience. This is where Susan began to metaphorically totter on her platform shoes.

Her categories – Someone (inviolate), Nobody (hedonistic, screen based personality), Anyone (her preferred option – open narrative) were simplistic, and even if true, her real mistake was to confuse the medium with the message. This is an exercise in crude, unscientific categorisation – it doesn’t wash.

Her attack on all things virtual was based again on a simplistic idea of what virtual experiences offer. She loves books (text is her thing) but does't really understand that the internet is still largely a text medium. Kids read a lot online, use sophisticated communications tools, Wikipedia, Google and so on. It is semantically rich. Her view was that the internet was episodic, all images and no words. Interestingly, she didn’t attack the Baby Boomer media of film or television, the two most dominant forms of screen based media

Her solution
Her solution was a future where creativity was a primary goal. What she forgets is that the internet has promoted massive levels of creativity, opening up opportunities for personal creativity, user-generated content, music composition, video, personal photography, blogs (text), wikis (text), social networking, collaboration, sharing and so on.

It’s always tempting for academics to worship the book and their world as intrinsically superior. They’d love us to believe that bookish people are, by definition, better people. I don’t buy this. Judgig by this audience, they're a smug, grumpy and self-satisfied bunch.

The chair threw in a good joke – 'we now punish kids, not by sending them to their room, but by taking them out of their room’.

Old audience
Once again, we had an audience of largely older people who began to moan about the younger generation’s lack of attention, interest and so on. They are invariably teachers and academics, who have the annoying habit of blaming students for everything, even their obviously bad teaching. Do teachers and lecturers really kow much abt the psychology of learning? I think not. Have students ever attended university lectures without dying of boredom?

We are witnessing a renaissance of creativity and communication. More people are better educated and it’s about time the Baby Boomers stopped carping on about the internet, (which they all use to buy books, book their fancy holidays and generally keep the world and wealth to themselves). They really are a smug lot!

Book
The book is actually rather rushed, and overlong on personal musings and surprisingly low on science. All pretence at objectivity goes quickly out of the door. However, it does raise interesting cognitive questions, that are probably best answered by others.