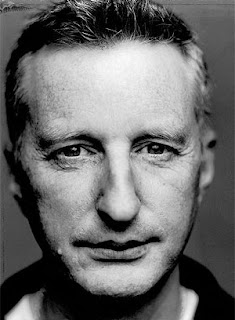 Made in England
Just back from an English folk night. It almost made me proud to be English (this takes some doing as I’m Scottish). Billy Bragg was the funny front-man and had some great musicians on-board. Eliza Carthy was on top form. Barney Morse-Brown gave a fantastic cello solo (unusual at a folk event) and everyone else lifted the whole thing into a fantastic celebration of English song writing. Above all, they avoided the mock-seriousness often associated with folk. It aws a night of laughs and rollicking, good fun. Maybe a little too much talk and not enough music, but a damn fine night out.

Folk lives on in punk
Bragg made sure that that it avoided wallowing in the usual John Barleycorn reminiscing by inserting a dose of electric guitar, Benjamin Zephaniah, Indian musicians and a fine speech on how English folk lives on in the legacy of punk, Joe Strummer and Paul Weller. This is a very interesting idea.

The white English working class may have lost its musical folk heritage as expressed in pub songs, but it lives on in ballads and songs sung by working class bands who often focus on social commentary in their lyrics. They tend to be urban, rather than rural, but it’s the same deal – they sing about what it is to be English.

Bragg mentioned Joe Strummer, Paul Weller certainly, and a tradition that has given us everything from John Cooper Clark to the Arctic Monkeys. He goes on about the English working class a lot, but I didn’t see much sign of them at this concert. No matter, the true audience for folk music are the next generation who simply download the stuff for free and are playing in pubs across as I write this very piece.

I went to see The Imagined Village at The Sage, Gateshead, last night, and was blown away! I've been a fan of Eliza Carthy for years...and Billy Bragg is a god, but I only heard about this project very recently. I've blogged about it too, if you fancy checking that out? I can't wait to listen to the CD!!