http://www.blogger.com/template-edit.g?blogID=27684744 ARTYFACTS: Alain de Botton: Religion for Atheists: A Non-Believer's Guide to the Uses of Religion - below par

Alain de Botton: Religion for Atheists: A Non-Believer's Guide to the Uses of Religion - below par 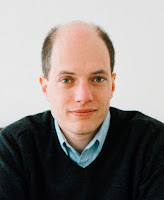 Looked forward to this talk, as I have liked the books in which he brings high-end, philosophical analysis to art, politics, work, travel, architecture and psychology. The Consolation of Philosophy, The Art of Travel, Status Anxiety, The Architecture of Happiness and The Pleasures and Sorrow of Work are reflections on life that are relevant and fresh. But, for de Botton Religion for Atheists: A Non-Believer's Guide to the Uses of Religion is below par. He takes his plate around the buffet of religions and selects few titbits from religion that he thinks we secularists can munch on to improve our lives.
Sermons. He suggests that educators should preach to teach and that lectures should be spiced up by academics who show passion, to appeal to the heart. This is way off beam. First the ‘lecture’ that most useless pieces of pedagogy, is deeply embedded in education because of the religious nature of the curriculum in our fledgling Universities in the 13th and 14th century. Religion has already shaped education, to the detriment of generations of bored students. It’s the religious tradition of sermons that gave us this boring pedagogy in the first place.
Repetiton. Wrong again. Religion, especially Islam uses repetition and recitation to drill students into believing the certainties of the Koran from a young age. Education is not about closing young minds through repetition by opening up young minds to other possibilities and choices. That’s exactly what religion fears and avoids. It is not so much repetition, as meaningful practice and deep processing that counts.
Calendars. Religious bods see time in terms of dates on which moral issues are celebrated. Oh yeah – like Easter and Christmas, those hideous days of chocolate eggs and gluttony. I was brought up in Scotland where Sundays were days of boredom if not deep depression. We have our own holidays, secular and pagan days like Mayday and New Year’s Eve.
Ritual. So we need to have regular performances to promulgate propaganda. No thanks. As an example, he mentions ‘food’ used by some religions as a way to reflect on moral issues. The tea ceremony in Zen Buddhism etc. But why artificially force ritual into our lives just because religions see it as a way of keeping their flocks tied to the certainty of their beliefs.
Organisation. Religions are organised, he claims, secularists are not. He chose, as an example, the Catholic Church which pulls in $97 billion a year. They’re organised. Yes and also capable of covering up mass rape by priests. Is he really suggesting that they are an exemplary institution? I can honestly say I have nothing to learn from the Catholic Church.
Art. We need to make art more relevant and didactic. No we don’t.
Architecture. The suggestion here is that religions have created wonderful spaces for worship. On that I agree but often at the expense of other forms of architecture. In the secular world we have taken architectural design away from the church, synagogue and mosque to the workplace, museum and domestic house. However, he does have a point on places of contemplation. In a discussion with my mate Ken, over dinner, and someone I’ve travelled with, we both agreed that we had enjoyed the hundreds of churches and mosques we had visited around the world. From the Saxon churches of Sussex and Baroque churches of Rome to the Mosques of Istanbul and Damascus, we have fallen silent and sat for a while.
But overall, there’s more than a touch of Calvinism in his thesis - he’s Swiss after all. We’re all fallen creatures, “we’re all just holding it together” he says, “we need help” he claims to “bring order to the chaos” and are in need of salvation, in this case through some kooky ideas snaffled from the finger-buffet of religions. I think not.
I’m sure this sounded like a good idea when he first thought of it but in the end it’s just a second-rate idea for a second-rate book, not a serious intellectual journey. A more interesting idea would have been, ‘to what extent religion has been replaced by other transformational experiences such as sport, art, media, consumerism and so on’. Now that’s a juicy topic, as they all have their fair share of calendars, events, ritual etc.
I asked him a question, “If you were to write a companion piece on what religions can learn from secularists, what would your top two be?” He got a bit defensive and only gave me one suggestion ‘tolerance’. Bit disappointing for a philosopher. I had at least 100!